I think I’ve been recently serious enough, we can let the serious voice take a break for a day. After all, it’s Friday, my dear folks! TGIF, everyone! A selection of silliness:

Professionals
Never be afraid to do what you don’t know how to do. Remember – an amateur built
Noah’s Ark, and professionals – Titanic.

A priest
A priest tells the prayers:
– We have one good news and one – bad ones. The good thing is that we have money for the repair of the church. The bad one – the money are still in your pockets.
​
Give vs Get
– My father always told that it is better to give than to get.
– Was he a monk?
– No, he‘s a boxer.

Judge
A judge tells:
– I have given you the fine of 3000$ for taking offence at the civil servant. Would you like to say anything?
– Of course I would, but these prices are too high for me..

School mates
Two schoolmates meet:
– Hi, so great to see you – what do you do in your life?
– Hi, I’m a landscape architect.
– And what do you do?
– I drive a bulldozer.

Opinion vs. Boss
Question: What would you describe the term “exchange of opinions”?
Answer: That’s a situation when you have your opinion and go with it to your boss. Then you return with his opinion and your last payslip.

Judge
A judge asks the culprit:
– So, did you commit the crime in the way which I have just explained?
The culprit:
– Actually no, but I really like your idea!

Executioner
An interview with an executioner:
– So, how long have you been working in this job?
– Well, around 10 years…
– And how are you doing there?
– Well… no one complained so far

– Sir, our service is extremely secret, thus the agent has to be strong-willed, obey to laws, be cold-blooded.
– I completely understand this, Sir.
– Great, but we will have to check this. We have brought here your wife as well, she is sitting in the next room. Please, take the gun, go there, and shoot her dead.
– No, sorry, I won’t do that. I don’t need this job.

The second applicant comes in. The Chairman again explains him the whole situation and tells him to go and shoot his wife to death. The applicant says:
– No, I won’t do that.

The third applicant comes and the Chairman again explains him the rules. The candidate takes the gun and leaves to the other room. All members of the Commission are waiting for what will happen.

Suddenly they hear a gunshot, than the second, third, the fourth. Then the fifth and the sixth. Than they hear the woman screaming. The doors open, the third candidate goes out and tells:

– Listen, Boss, somebody has put a blank cartridge. So I finished her with the butt of the gun…

Ideas
Two professors chat:
– I often experience that ideas come to my mind when I’m already in bed. Does it happen to you as well?
– Sure, that is why I always take a pen and a blocknote to my bed.
– And I take my secretary with me to the bed.

Pilots
Airplane is landing at the airport. Pilots have a conversation:
– Look, what a short landing lane they have!
– But, you look, how wide it is!

BMW
Sociological survey of customs officials.
Question: “How long would it take you to buy a BMW?”
Ukrainian: – Well, I think at least three months.
Belarusian: – It should take about 5 months of work.
And the Russian customs officer: – I think for that I should work for 5 years…
Other asks: – Why so long?
– Well, BMW is quite a big company…

Talking machine
A wife reads a science magazine and asks her husband:
– Is it true that Thomas Edison invented talking machine?
– No. The first talking machine was created by God, when he created woman. And Edison simply improved the machine with shut down possibility.

Photographers
Photographers are violent people. First, they frame you, then they shoot you and
at the end they hang you on the wall.

In the bus
The bus is already moving when the woman behind running and screaming:
– Wait a minute! Please hold it! I am late to work!
Passengers notice that and asks the driver to stop bus.
Woman climbs in stops for a minute:
– Thank you I managed to catch the bus… And now, dear, please show me your tickets.

Two reasons
Mother wakes up her son in the morning, but he insists that he doesn’t want to go to school. Mother asks him to tell her two reasons why he shouldn’t go.
-Pupil hate me, teachers also hate me.- answers son.
Then son asks mother to tell him two reasons, why he should go.
Mother answers:
-Because you are 50 years old and you are the headmaster.

Soldiers
– Have you heard than in the future only those, who don’t know how to swim, will be able to serve for the navy.
– But why?
– Because they fight for the ship better.

A Mathematician, a Biologist and a Physicist are sitting in a street cafe watching people going in and coming out of the house on the other side of the street. First they see two people going into the house. Time passes. After a while they notice three persons coming out of the house.
The Physicist: “The measurement wasn’t accurate.”.
The Biologist: “They have reproduced”.
The Mathematician: “If now exactly one person enters the house then it will be empty again.”

4 Replies to “Profession jokes and other silly notes” 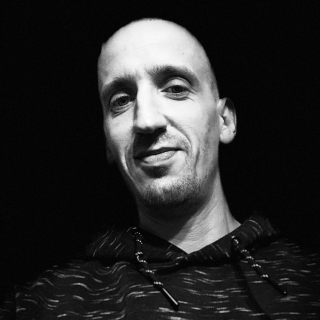 Animal and literature, music lover, family guy...what else...oh, yes, coffee addict as hell! Someone who has the dream of becoming a writer. You could call it a goal. I’m earning my living, just like my dear wife, as a freelance DOer, since May 2017. That was the point in my life when I decided, I take all the control back and started to build my little and ever since constantly growing online businesses.

Recently from the Blog